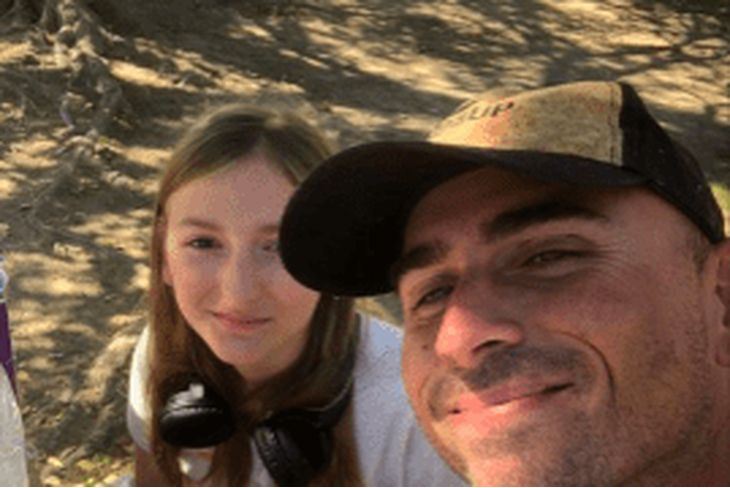 Aliyah Banta has been in thirteen foster homes over the last fifteen months in the state of California. She was a normal pre-teen girl when she was taken from her father, Justin Banta, for allegations of abuse. Since then, her father has been trying desperately to get her back. About to celebrate her second birthday in state custody, Aliyah says she has suffered the worst of America’s foster system, all because she exaggerated the details of a fight she had with her dad to a teacher at school. According to Aliyah, she lied. And the punishment she has received for it is way more than any child deserves. She has been physically threatened by other residents, forced to sleep on the floor, starved, covered in bed bug bites, had her property stolen, was kept from communicating with her father, and forced to live in substandard conditions that would get any family arrested for neglect.

PJ Media has obtained audio of Aliyah being interviewed by a new foster family that is trying to get her out of the current group home she is living in. “Me and my dad were stressed out and we started arguing,” Aliyah said. “I over-exaggerated to my teacher and so she thought he was abusing me. When I tried to tell them what really happened, no one would listen to me.”

The potential foster father asked, “Do you feel that CPS is protecting you from your father in any way?” Aliyah answered with a strong, “No.”

Is Child Protective Services Trafficking Children?
Perhaps most shocking is that Aliyah has gone on a school strike in protest of her situation and has missed school for the last eight months. “I told them I would go back to school when they send me home,” Aliyah told PJ Media. She has been refusing to go to school hoping that Santa Cruz County will send her back to her dad. PJ Media confirmed with Aliyah that she was indeed not at school at 11 a.m. on a school day. She says she sits in her group home and plays on her phone instead of going to school. “They said they would drag me there by my hair if I didn’t go,” she said, “but they never did.”

This is the definition of educational neglect, but when the state does it, no one gets in trouble. PJ Media reached out to Aliyah’s social worker and was told that nothing could be discussed for confidentiality reasons. Supervisors referred to us were non-responsive. Within minutes of our contact with the county, Aliyah’s father received an email from her school, Kastner Intermediate School in Fresno, for the first time informing him that she is truant. He had never received communication from them about her absence before. “I think this is interesting timing,” he said. Calls to the school from PJ Media for comment went unreturned.

Aliyah said she has tried to tell all the adults responsible for her well-being that she wants to go home, including her caseworker, Wendell Stamps, and Judge Rebecca Connolly. “I’ve said it so many times I’ve lost count. The judge just ignores me in court. No one listens.”

Aliyah’s lawyer, Bob Patterson, hasn’t been responsive either. “He’s not doing anything for me,” Aliyah said. PJ Media reached out to Patterson for comment but received no response. “I’ve told him, I want to go home. No one cares. I can’t make it here another two weeks,” she said.

Judge Rebecca Connolly has dismal reviews on The Robing Room, a site where people can leave comments about judges who heard their cases. “I watched with disbelief as she made decisions to keep a child from family for a flimsy reason,” wrote one reviewer. “This causes extreme expense for our county along with the extreme distress for children kept in terrible foster conditions, made worse by the piled on months of waiting between hearings.”

Colorado Mom Says Son Reported Abuse in Foster Care and CPS Sent Him Back for More
Another wrote, “Judge Connolly is biased and guilty of child abuse by ordering forced family separation without a requested bonding study or taking evidence in consideration. One victim appealed one of her decisions and won.” Some of the words to describe encounters with this judge were: “frequently late, brusque, biased, temperamental, power-hungry,” among many others. This is not unusual for families who are dealing with family court judges and county workers. The same sorts of complaints come up in a majority of CPS cases.

Since being placed in foster care, Aliyah has reported serious abuse. “At the Chamberlain home I was tackled by staff and they held me down and I could barely breathe. My dad called the police but they didn’t do anything. They looked at my bruises and then left.” Her father recalled the same story: “I have contacted the police so many times. They never do anything about the abuse she is suffering.”

Recently, Aliyah reported that she got bed bug bites all over her body because she’s sleeping on a couch, afraid to go in her room after her roommate threatened her. “Everyone here is from juvenile hall on probation. I’m the only foster child here and I’m the youngest,” she said. “My roommate threatened that she was going to beat me up and so I don’t go in my room anymore unless she’s gone.”

Aliyah’s 16-year-old sister Soleil is living in Alaska with her mother and spoke to PJ Media. “My dad is not abusive. He’s a good dad. We used to spend weekends with him and weeks in the summer. We had a lot of fun.” Since Aliyah was taken by CPS in California, Soleil hasn’t seen her dad in a year. “We were a family. My sister shouldn’t be there. My dad can’t come home because he’s fighting for her in California. We miss him. CPS tried to get Aliyah’s mom in contact with her but her mom is a drug addict and my dad has had custody of her since she was two.”

Banta also reported that CPS made attempts to connect Aliyah with her mother who has had major problems with drugs. “She was actually abusive. My dad never was,” said Soleil. “They should have sent her home as soon as she admitted to exaggerating what happened.” Soleil worries about her sister’s health. Aliyah sent photographs of moldy food, dirty kitchens, and empty refrigerators to her father, a trained chef. As a result, Banta uses his visitation time with her to grill her food in the park and store it in an ice chest for her for the week. “She was only eating once a week when she would see my dad,” said Soleil. “She should not be there.”

Banta has no criminal record and has not been charged with a crime. He has completed anger management classes as requested by the county and passed a psychological evaluation. Even so, the county refuses to return his daughter, changing their accusations from physical abuse (when no evidence of physical abuse was found) to mental abuse, which is impossible to prove, especially since the alleged victim, Aliyah, says it never happened.

Lawsuit: Parents Say Newborns Were Illegally Seized after They Refused Non-Mandatory Procedures
“I just want my daughter back,” Banta told PJ Media. “They’re running out the clock. They want to keep her long enough so they can adopt her out and terminate my parental rights.”

Federal laws says that after 15 months in the system terminating parental rights can be fast-tracked and the states receive federal funds for each child they adopt out of foster care. This is seen by many as an incentive to terminate parental rights.

“I’ve done everything the court asked me to do. They still won’t give her back,” said Banta.

Banta’s last hope is a federal lawsuit that is being filed against CPS for violating both his and his daughter’s rights. His lawyer, Stanley Goff, spoke with PJ Media.

“The fact that Aliyah’s rights are being violated is reprehensible,” he said. “CPS throughout the state engages in practices where kids are abused after being removed from the care of their parents.” The abusive conditions that Aliyah has suffered have gone totally unrecognized. “The abuse is heightened when Aliyah confides in her caseworker, only to be ignored. We will be filing a federal lawsuit against Santa Cruz County CPS for placing her in these conditions.”

The audio of Aliyah Banta being interviewed by the potential foster parents is below. After this interview, the foster parents told CPS that Aliyah doesn’t belong with them and that she belongs with her father. Even so, the county refuses to let go of her. It’s interesting that in California a girl Aliyah’s age can have an abortion if she wants, but cannot decide she wants to live with her own father.