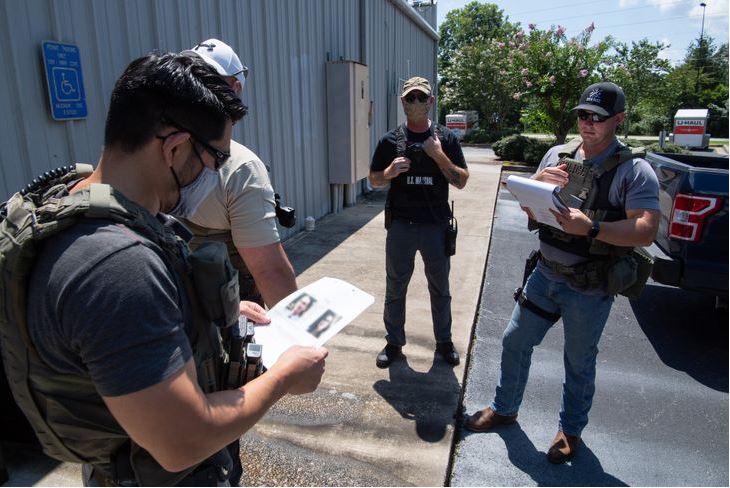 The U.S. Marshals Service put out a press release on Thursday announcing the recovery of 39 missing kids, some of whom were rescued from sex traffickers in Atlanta and Macon during Operation Not Forgotten in the state of Georgia.

“Operation Not Forgotten” resulted in the rescue of 26 children, the safe location of 13 children and the arrest of nine criminal associates. Additionally, investigators cleared 26 arrest warrants and filed additional charges for alleged crimes related to sex trafficking, parental kidnapping, registered sex offender violations, drugs and weapons possession, and custodial interference. The 26 warrants cleared included 19 arrest warrants for a total of nine individuals arrested, some of whom had multiple warrants.

“When we track down fugitives, it’s a good feeling to know that we’re putting the bad guy behind bars. But that sense of accomplishment is nothing compared to finding a missing child,” said Darby Kirby, chief of the Missing Child Unit. “It’s hard to put into words what we feel when we rescue a missing child, but I can tell you that this operation has impacted every single one of us out here. We are working to protect them and get them the help they need.”

The U.S. Marshal’s Office is taking on child traffickers around the country. Historically, the U.S. marshals are famous for the manhunt. This kind of work is right up their alley and it was surprising to learn they had not been utilized to find missing children up until now.

This relatively new mission for the U.S. Marshals has seen two large scale operations recently and several smaller ones around the country. The future should see many similar operations throughout the United States as the Missing Child Unit ramps up operations using the man hunting skills, in which the Marshals specialize, to locate and rescue missing minors.

“We’re really good at what we do. You know, they’ve called us manhunters. Well, we’re not just man hunters anymore,” said Chief Inspector Darby Kirby, according to Fox. “We also help save and rescue children as well.”

If the photos released by the USMS are any indication, the marshals are enjoying their new mission. In the photo below there is a logo on the screen with a warrior on a horse with the promise “Missing children, we will find you” written on it. (Photos by: Shane T. McCoy / U.S. Marshals)

Many of the children have been taken to recovery centers for victims of sex trafficking trauma.

Fox reported that the Georgia Bureau of Investigation also took part in the rescue. “We will never stop looking for you. That’s [the] message,” said U.S. Marshalls Director Donald Washington. “There is no more meaningful work that law enforcement does than rescuing children. Our children are not for sale and they are not ever forgotten.”

The marshals also arrested 9 people in relation to the crimes against children including sex trafficking and weapons charges. The USMS held a press conference and revealed that every month 300 girls are lured into sex trafficking in Atlanta. USMS is responsible for bringing 100,000 fugitives every year but officials say that this operation, rescuing children, is far more important and will be a priority going forward. “One missing child is worth thousands of fugitives in my mind,” said Washington. “We are also conducting these missions in other cities around the country.” Washington named Cleveland and New Orleans as being among the cities where current operations are underway.

A terrifying 400,000 kids are reported missing in the United States every year, according to the National Center for Missing and Exploited Children. Washington said that every forty seconds a child is abducted in this country and a majority of missing kids are at risk for sex trafficking. The U.S. Marshals have had enough of that and are leading the search to recover them.

GBI Assistant Director John Melvin thanked the president. “Evil exists and to address it requires leadership that will identify it, call it out, and deploy the necessary resources to end the problem and clean up the mess,” he said. “That is why I’m so thankful for the leadership of the Trump administration on the federal level.”

Melvin also thanked Governor Brian Kemp (R-Ga.) and others for the coordinated help. Melvin called the operation a “holistic” approach to child rescue as law enforcement is partnering with wellness ministries to help the children heal. Melvin also called for prayer. “I want you to continue to pray for Hannah Palmquist who is the head of the Human Trafficking Unit at the AG’s office as well as John Fowler because we are only halfway to the goal line,” he said. “We need to hold these perpetrators accountable. We need to make sure they are incarcerated so that they will never again perpetrate their evil against the children of Georgia.”