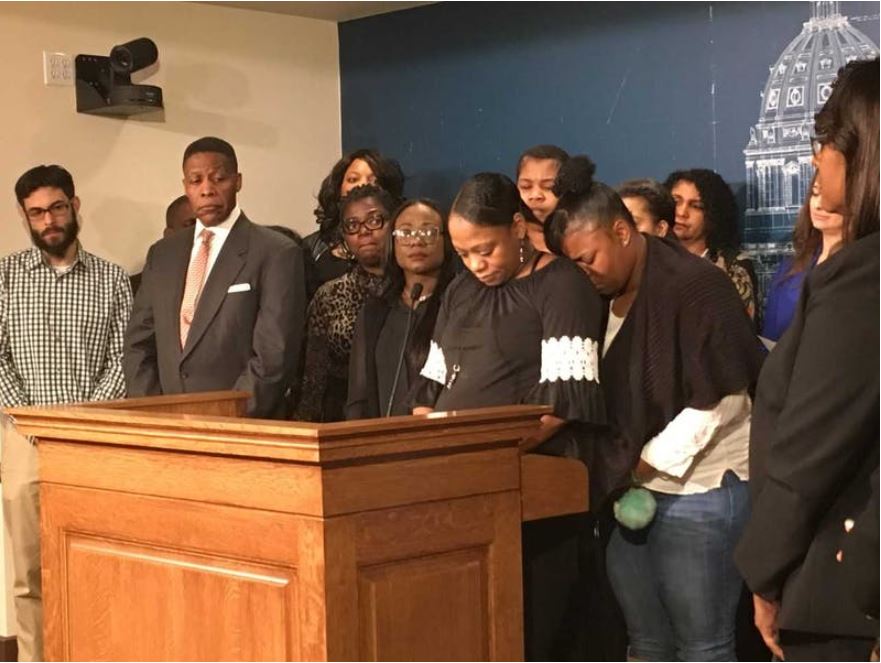 Minnesota moms spoke at a Capitol press conference about the rate in which black kids are taken from families as compared to white kids.

In January 2011, Starshema Jones of St. Paul lost all five of her children.

The cause: allegations of neglect. Her daughter, Jones says, claimed she was being abused. She says a Hennepin County investigation later found that it wasn’t true – her children weren’t in any imminent danger, and her daughter, she claims, continued to make up stories while she was in foster care.

“I was under the impression that they were going to return my children,” she says. 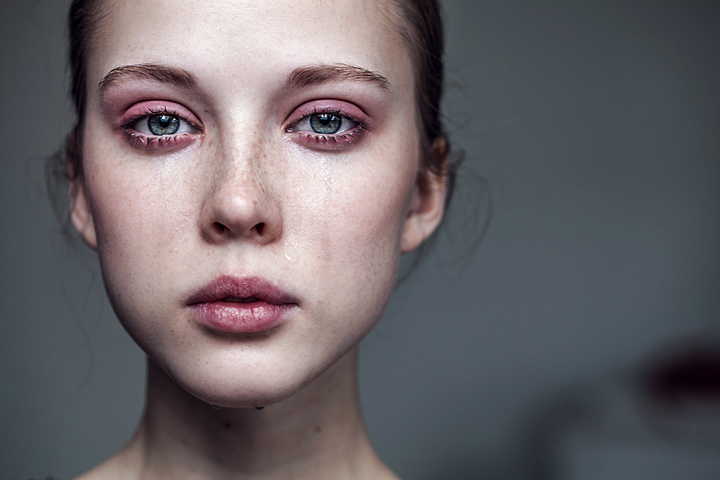 “They’re the quickest ones to fall into the hands of an exploiter.”

The added threat of online culture dispels the protective notion that children should not talk to strangers, said Lisa Goldblatt Grace, who runs My Life My Choice, an anti-trafficking and exploitation group in Boston.

"My Life My Choice" helps children in foster care and group homes who often have pasts filled with sexual and physical abuse, paying attention to threats posed on social media.

“Exploiters actively look for kids with this kind of trauma history,” Grace said.

“Kids learn that their body is not their own and that if you tell, nobody believes you, and that you’re damaged. Those are the exact same messages that a pimp wants to teach a girl.”

More than 437,000 children in the United States were in foster care at the end of 2016, according to the Los Angeles-based National Foster Youth Institute.

Last year, one in seven children reported missing was likely a victim of sex trafficking and of those, 88 percent were in the care of child welfare when they went missing, according to the National Center for Missing and Exploited Children (NCMEC).

“They are more vulnerable to the manipulation and false promises that traffickers make,” said Staca Shehan, who heads the case analysis division at the Virginia-based organization.

“I don’t think kids in the child welfare system have well developed skills to thwart these efforts.”

Those in foster care are at particular risk of being trafficked when they “age out” of the system at age 18 or 21, depending on where they live, experts say.

“We have cases of clients who literally were trafficked the day they were kicked out of foster care,” said Andrea Powell of FAIR Girls, an anti-trafficking group in Washington.

She said more than two-thirds of the girls involved with the group are in the foster care system.

SENSE OF BELONGING
In the San Francisco, California area as well, about two-thirds of the youth who have been trafficked for sex have had some link to foster care, according to Alia Whitney-Johnson, executive director of Freedom FWD, an anti-trafficking group.

“A lot of them, they want a sense of belonging,” said Jenny Cheung Marino, firm director at the Children’s Law Center of California which works with exploited children in Los Angeles County.

“They’re coming from broken homes, a lack of love, lack of a father figure.

“Traffickers know where to find them, at bus stops, at certain group homes unfortunately,” she told the Foundation.

A key way to minimize the danger is placing more children with their own relatives rather than with strangers in foster homes or group homes, said U.S. Representative Karen Bass, a California Democrat and longtime campaigner for foster care reform.

Placement with relatives can give children that missing sense of belonging or caring, Bass told the Foundation.

“Every youngster that I’ve ever talked to who was trafficked says the same thing - “They didn’t come looking for me. Nobody cared. They didn’t bother to come,’” she said. “And that’s criminal.”

The study, released today at a congressional briefing, says that adults who were in foster care struggle with mental health problems much more often than the general population. 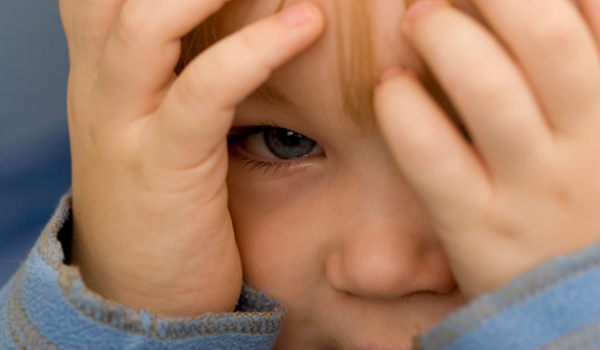 Former foster children in Oregon and Washington are twice as likely to be depressed or suffer from anxiety as the general population, according to study released Wednesday. 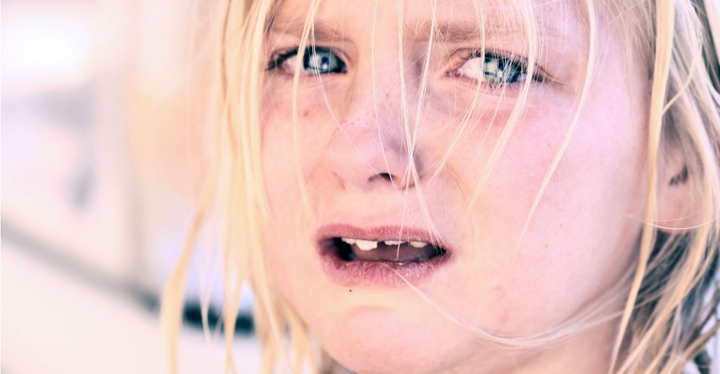 Child trafficking is a crime – and represents the tragic end of childhood. It refers to the exploitation of girls and boys, primarily for forced labor and sexual exploitation. Children account for 27% of all the human trafficking victims worldwide, and two out of every three child victims are girls.

Sometimes sold by a family member or an acquaintance, sometimes lured by false promises of education and a "better" life — the reality is that these trafficked and exploited children are held in slave-like conditions without enough food, shelter or clothing, and are often severely abused and cut off from all contact with their families.

Children are often trafficked for commercial sexual exploitation or for labor, such as domestic servitude, agricultural work, factory work and mining, or they’re forced to fight in conflicts. The most vulnerable children, particularly refugees and migrants, are often preyed upon and their hopes for an education, a better job or a better life in a new country.

Every country in the world is affected by human trafficking, and as a result, children are forced to drop out of school, risk their lives and are deprived of what every child deserves – a future.

How Girls Are Affected By Trafficking

Tragically, both girls and boys are vulnerable to being trafficked. However, girls are disproportionally targeted and must deal with the life-long effects of gender inequality and gender-based violence.

Girls are 2x as likely to be reported as trafficking victims as boys
Girls tend to be trafficked for forced marriages and sexual slavery; boys are typically exploited for forced labor or as soldiers
About 120 million girls worldwide (slightly more than 1 in 10) have experienced forced sex or other forced sexual acts at some point in their lives.

Often, girls around the world are forced to drop out of school or denied access to income-generating opportunities. This resulting social exclusion can trap girls in a cycle of extreme poverty, as well as increased vulnerability to trafficking and exploitation.

What is child trafficking?

Trafficking, according to the United Nations, involves three main elements[iv]:

The act - Recruitment, transportation, transfer, harboring, or receipt of persons.

The means - Threat or use of force, coercion, abduction, fraud, deception, abuse of power or vulnerability, or giving payments or benefits to a person in control of the victim.

The purpose - For the purpose of exploitation, which includes exploiting the prostitution of others, sexual exploitation, forced labor, slavery or similar practices and the removal of organs.

How does trafficking differ from smuggling?

Trafficking and smuggling are terms that are commonly mixed up or considered synonymous. They both involved transporting another individual, but there are some critical differences.

H4: Smuggling involves the illegal entry of a person into a state where he or she is not a resident.

There are three key differences between trafficking and smuggling:

Consent – Individuals involved have consented to the smuggling. Trafficking victims either have not consented or have been coerced into consent.

Exploitation – When the smuggled individual arrives at their destination, the smuggling ends. Trafficking is the continuous exploitation of a victim to generate profit for the traffickers.

Transnationality – A person who is smuggled is always brought from one state to another. Trafficking can occur either within or between states.

How many children are victim to child trafficking?

An estimated 1.2 million children are affected by trafficking at any given time. Around the world, most children who are victims of trafficking involved in forced labor.
Worldwide:

How is Family Preservation Foundation helping victims of child trafficking?

Family Preservation Foundation works to combat child trafficking through prevention, protection, and prosecution. In order to maximize our efforts, we work with communities, local organizations and civil society, and national governments to protect children from being exploited – and to help restore the dignity of children who have survived.

Family Preservation Foundation takes a holistic approach to tackle the root causes of trafficking and involves children in the design and implementation of solutions.

Preventing trafficking at the community level by creating awareness of the risks of migration
Providing support to children who have been trafficked and help them return home and reintegrate into their communities
Improving law enforcement and instigate legal reform to protect survivors of trafficking.
By supporting livelihoods, we help families avoid the need for their children to work. By raising awareness of trafficking, we reduce the number of children being trafficked. By helping rehabilitate survivors, we empower them to rebuild their lives. By protecting unaccompanied refugee children, we keep them from the clutches of traffickers.

Does child trafficking happen in the United States?

In the U.S., 60% of child sex trafficking victims have a history in the child welfare system. Foster children in particular are vulnerable to being victimized by child trafficking. Children in the foster care system often live in of the poorest communities in America, where Family Preservation Foundation works to break the cycle of poverty and ensure that every child gets a healthy start, a quality education, and is protected.

When is World Trafficking Day?

In 2013, the United Nations passed a resolution designating July 30 as World Day Against Trafficking in Persons to raise awareness about the growing issue of human trafficking and the protection of victims and their rights.

Who can I contact if I witness or suspect child trafficking? 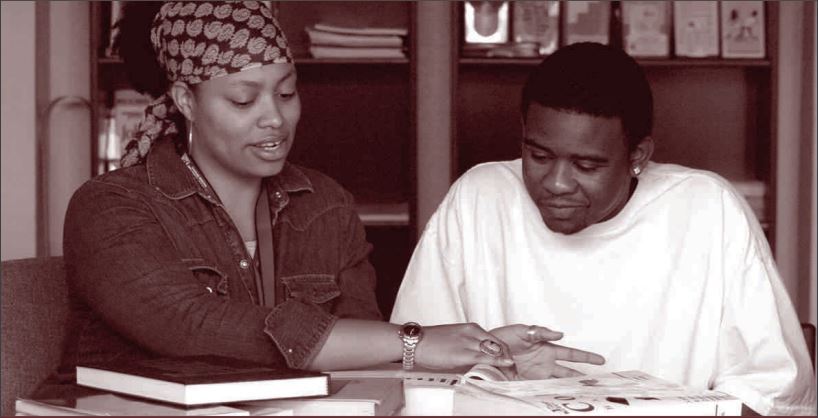 During fiscal year 2003 in the United States, 800,000 children were served by foster care services; 523,000 children were still in care at the end of that year. Relatively few studies have examined how youth formerly in care (“alumni”) have fared as adults, and even fewer studies have examined what changes in foster care services could improve their lives. The Northwest Foster Care Alumni Study provides new information in both areas.

Findings from the Casey National Alumni Study are presented in the report Improving Family Foster Care. Case record reviews were conducted for 659 alumni (479 of whom were interviewed) who had been in the care of Casey Family Programs or the Oregon or Washington state child welfare agencies between 1988 and 1998. Findings for three domains are presented: Mental Health, Education, and Employment and Finances.

This report also provides an overview of a predictive analysis showing which foster care services, when optimized, hold the greatest promise for improving the outcomes for foster youth. Practice and policy recommendations are included.

For researchers and others interested in background materials for the alumni studies, Casey is pleased to make available the projects’ major reports, instruments, and supplemental information. 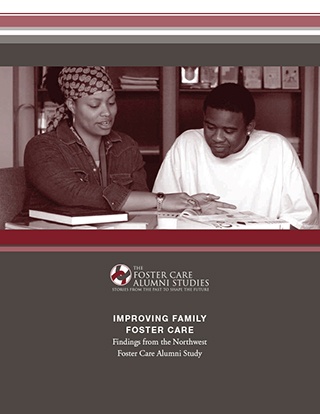