Judge sides with Minnesota mom after months-long battle with CPS 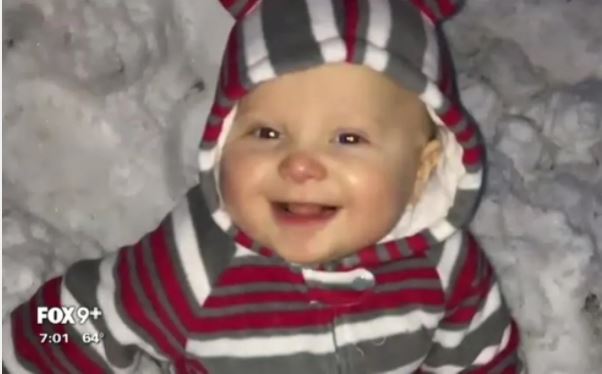 (KMSP) - A judge has sided with a Minnesota mom after she argued that her son was unfairly taken from her by child protective services.

Months later, Amanda Weber and her son are back together, but the fight against CPS is far from over.

Weber said it was 120 days of pure hell, with at least six hearings in front of a judge. Again and again, Weber was told, "no, you are not a fit parent due to medical neglect."

It all started in May when Weber brought Zayvion to Children’s Hospital for a cough. Doctors determined Zayvion was fine and stable, and after a long wait for another doctor, Weber wanted to go home and signed that she was leaving against medical advice. The next day, Zayvion was immediately taken away by CPS for medical neglect.

“Amanda submitted document after document from the doctors – no, he didn’t have a severe case of apnea, his apnea was under control. He didn’t need any medication; there was nothing wrong with him, he just had a cold. So this started a chain reaction and when we proved to social services that there was nothing wrong with the child, they still wouldn’t relent,” Mitchell said.

Mitchell calls this “legal kidnapping.” It happened to him, it happened to Amanda Weber, and Mitchell says it happens all the time.

Last week, Zayvion finally went home. The trial judge ruled that “disinformation” was used to continue the hold and that the petitioner has failed to prove by clear and convincing evidence that the child is in need of protection.

“I’m not against CPS, I’m against CPS in its current form and its laws. The current system is antiquated; it needs to be abolished. The disparity in the system needs to be eliminated,” Mitchell said.

But it took 120 days. A mother and baby were separated for four months for what appears to be only allegations that in the end were proven to be false.

It's important to note Zayvion was removed only for medical neglect; there were no allegations of physical or sexual abuse.

According to a statement from Minnesota Human Services Commissioner Emily Piper, “it is always a hard situation when courts or county social workers remove children from their parents’ custody. These very difficult decisions are not made lightly, and are always made in the best interest of the children involved. If families don’t cooperate, it is even more difficult."