Mom to fight for other parents after reunion with her son in Little Falls
By: Nora G. Hertel September 18, 2018 3 min read 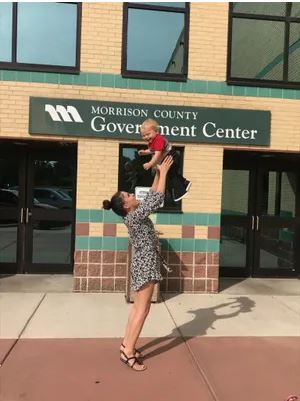 LITTLE FALLS — Amanda Weber regained custody of her 1-year-old in Little Falls last week, but he returned with some unforseen problems, she said Wednesday.

Weber is relieved and happy to have her son home, and his sisters and grandparents are happy too, Weber said. She has three children and spent nearly four months without her youngest while he was in foster care.

"It's obvious he's been affected by this beyond what I expected," Weber said in a phone interview. He screams when she leaves the room or he can't see her, and he takes a long time to fall asleep.

Weber is one of thousands of parents who've taken issue with Minnesota's child protection laws within a group called Stop Child Protection Services from Legally Kidnapping. Founder Dwight Mitchell is also spearheading a lawsuit against the state.

"Amanda's case is not unique," Mitchell said by phone Wednesday. "We're trying to show that the government's standards are very, very low and unconstitutional."

Weber struggled against Morrison County Human Services since May and moved to Wisconsin to separate her children from Minnesota laws. 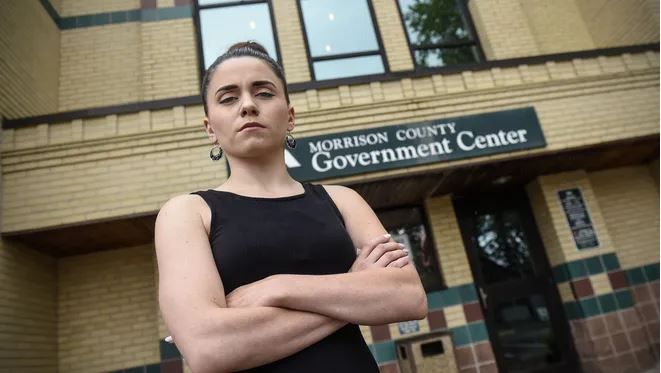 Weber's problems began in May when she took her son, then 10 months old, to the hospital for a cough. After a night in the hospital, Weber signed him out before a full discharge.

The county's petition claimed Weber denied her son necessary medical services, which she refuted. In her official response, she claimed a Morrison County social worker and a primary care physician acted "in bad faith and with malice."

In late August, Judge Leonard Weiler ruled there's no evidence Weber "medically neglected" her child and that she acted within her rights, according to court documents shared by the Family Preservation Foundation.

Weiler also ruled "there is nothing in the record which would lead this court to believe that the mother is unwilling to provide the appropriate care for the child," according to court documents.

Weber's child did need some protection or services, Weiler wrote in his decision, because Weber previously failed to provide her address or details on medical assistance.

"The court understands the mother's frustration and the court acknowledges that fighting the then-perceived medical neglect was justified," Weiler wrote. "However, the court does not understand the mother's posturing as it relates to these two issues."

Weber felt harassed and treated like a criminal during the county's investigation, she said. Since then, Weber's house has been checked and cleared and her case closed, she said.

"This was never about the house," Mitchell said. "This was about medical neglect."

He called it a "David-over-Goliath victory."

Minnesota Human Services Commissioner Emily Piper has challenged the comparison of "kidnapping" to the work of child protective services.

"It is always a hard situation when courts or county social workers remove children from their parents' custody. These very difficult decisions are not made lightly, and are always made in the best interest of the children involved," Piper said in a statement Tuesday.

"If families don't cooperate, it is even more difficult," she said. "When judges, social workers and other professionals evaluate and decide reunification is safe and in the best interests of kids, the child welfare system routinely reunifies parents and children."

Family Preservation Foundation describes Weber's case as a failure of the system. The group strives, in part, for legal reform and to decrease racial disparity in the Minnesota child protection system

Mitchell and other reformers claim Minnesota's statutes are vague, unconstitutional and must be changed.

Weber is one of those advocates too after her experience with the system changed her life and her family's. She's also filed complaints against the social worker involved in her case and is pursuing action against the nurse practitioner who reported her.

"I got my son back, but that's just a major first accomplishment in this fight," Weber said. "I'm on a mission with Dwight, trying to help in any way I can."

The Family Preservation Foundation opened up an office in Minneapolis, Mitchell said. It's raising funds to hire staff attorneys to represent parents like Weber.

The group is also advocating for legislative change and pursuing a federal lawsuit against the state, with a hearing coming Oct. 9, Mitchell said.

"The foundation is growing. We are expanding our efforts in Minnesota," he said. "We're really trying to help the parents."

Nora G. Hertel: 320-255-8746, This email address is being protected from spambots. You need JavaScript enabled to view it. and on Twitter @nghertel.