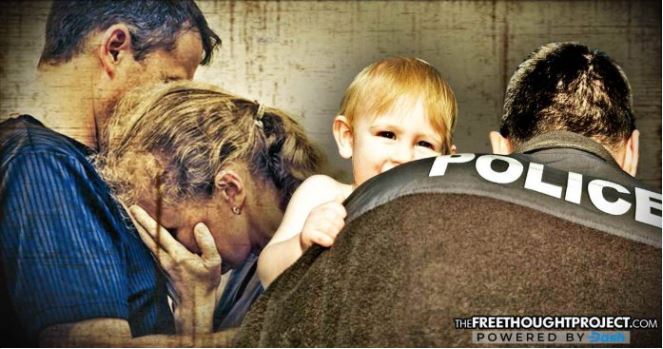 St. Paul, MN – A parent’s rights organization filed a letter in federal court on Tuesday asking a federal judge strike down Minnesota’s current child protection laws for being too expansive and removing children from loving and safe homes without due process.

“Families are being abused, and in some cases, destroyed, as a result of laws that are inappropriate,” said Dwight Mitchell, the lead plaintiff in the case and founder of the parents’ association. “This is legal kidnapping.”

The Star Tribune reported that growing parents’ movement “Stop Child Protection Services From Legally Kidnapping, said it has documented nearly 50 cases in 23 counties across the state in which children were wrongly removed and placed into foster care, based on false or disputed evidence.”

The organization, which represents a coalition of civil rights groups, black parents and attorneys, seeks a court order declaring that specific state laws governing circumstances under which a child can be removed from the home deprive families of due process and are unconstitutional.


Stop Child Protection Services From Legally Kidnapping argued in the letter that “Minnesota’s laws wrongly criminalize parents for what they consider to be routine parental discipline and have a disproportionate impact on black families,” according to the Star Tribune.

In fact, data provided by the state of Minnesota reveals that black families are three times more likely than whites to be reported to child protection and have children removed from the home.

“There is a lot of concern, particularly in the African-American community, that child protection doesn’t understand their culture and is removing children that are doing OK,” said Rich Gehrman, executive director of Safe Passage for Children of Minnesota, a watchdog group for child welfare.

The Star Tribune reported that after Mitchell went public with a civil rights lawsuit in April, it has opened the floodgates of complaints of abuse against child protection agencies. Additionally, since the lawsuit was filed, membership in the Stop Child Protective Services From Legally Kidnapping organization has grown to more than 1,200 members statewide.

In his lawsuit, Mitchell alleged that Dakota County child protection workers legally kidnapped his 11-year-old son Xander for two years, after a babysitter reported that the boy had been spanked for stealing and disobeying his parents.

During his separation from the family, Mitchell says was not allowed contact with Xander, or to even know where his son was living. He says that since being taken by the state for two years, his son has become more socially withdrawn and suffered lasting emotional trauma.


“It was hell on earth and disproportionate to the need presented,” said Mitchell, 57, a management consultant who was eventually found to be a fit parent after two years of being separated from his son.


A report by the Star Tribune explained:

Mitchell argued in his lawsuit that Minnesota’s statutes governing child protection are “unconstitutionally vague” by not requiring the government to demonstrate a clear threshold of harm before terminating a parent’s rights. The laws are also ambiguous about what constitutes excessive parental force. Under state law, parents and legal guardians are permitted to engage in “reasonable and moderate physical discipline” of children, so long as the discipline does not result in an injury. Based on this definition, a parent who inflicts even moderate punishment — such as spanking — could have their children removed if the child is injured, attorneys for Mitchell said.

The number of child abuse or neglect reports have skyrocketed in Minnesota, as “screened in,” or accepted for review cases have grown from 20,167 reports in 2014 to 30,936 in 2016, according to state report, largely due to a series of changes recommended by Gov. Mark Dayton's 2015 special task force on child protection after several high-profile failures of the system.

Minnesota Human Services Commissioner Emily Piper, in a written statement, pushed back against the growing parental rights movement and the allegation of legal “kidnapping.”

“Every day, trained professionals in counties across Minnesota go to work to protect our children and families,” Piper said. “To call their work ‘kidnapping’ is an affront to the extraordinary service they perform for all of us, particularly the most vulnerable children in our community. Our highest priority is keeping children safe and Minnesota’s child protection system is an integral part of that work.”


While the state attempts to explain away their actions as “keeping children safe,” it’s clear that when a child is taken away from their parents for two years, on an allegation of a spanking, something is drastically wrong with the system. The fact that it took two years for the state to eventually come to the conclusion that Mitchell was a fit parent, during which time his connection with his son was completely severed, leads to the obvious conclusion that the state’s “kidnapping” of Xavier was not in his best interest.