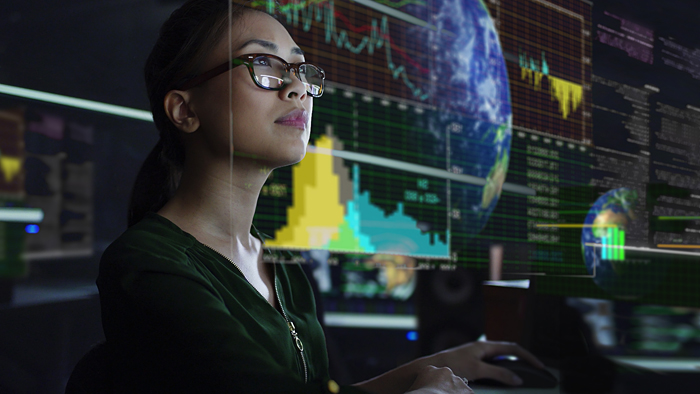 437,283 American children were removed from their parents last year.

Federal reports state 9+ Million children have been separated from their parents in the last 20 years.

Help Save Our Children For They Are Priceless!

In December of 2019, the Minnesota Department Human Services reported that 16,488 children were in Foster Care. https://edocs.dhs.state.mn.us/lfserver/Public/DHS-5408Ka-ENG. We believe a large number of these children were removed from their families, and traumatized, based upon unconstitutional statues and unacceptable judicial practices by the counties and their agencies.

For decades, Minnesota along with other States has been unnecessarily separating families and traumatizing American children based purely on allegations with no supporting evidence. Minnesota is the number one state in the nation in American Indian child removals and has significant racial disparities.

Compared to white children, based on child population estimates:

- African-American children were over 2.9 times more likely to experience care.

As last reported in August 2019, 437,238 children nationally were removed from their families and placed in foster homes according to the federal government Adoption and Foster Care Analysis and Reporting System. https://www.acf.hhs.gov/sites/default/files/cb/afcarsreport26.pdf

This traumatization of US children has reached epidemic proportions. According to a 10-year study by the American Public Health Association, an alarming estimate that 37.4% of all children experience a child protective services investigation by age 18 years. That results in 27.7 million children investigated based upon the current U.S. population census of approximately 75 million children under age 18 https://ajph.aphapublications.org/doi/abs/10.2105/AJPH.2016.303545 or 49 million parents being investigated according to the latest 2019 U.S. Census Bureau findings. https://www.census.gov/data/tables/2019/demo/families/cps-2019.html

What’s even more alarming is that a staggering 84% of all child removals are not related to any physical harm to the child whatsoever as reported to the US Congress in the AFCARS report above. Furthermore, 61% of the placements were considered neglect, which is based purely on social worker discretion, which basically translates to the freedom to do whatever the caseworker wants. What they see as “neglect” is often just what poverty looks like. Instead of getting help to parent, the parents get their children taken. Please see the annual U.S. Department of Health & Human Services report. https://www.acf.hhs.gov/sites/default/files/cb/cm2018.pdf

In June of 2018, the Children's Defense League and 540 organizations from all 50 states, the District of Columbia and Puerto Rico which have well-recognized expertise in the fields of child welfare, juvenile justice and child health, development and safety, reported that the separation of children from their parents will have significant and long-lasting consequences for the safety, health, development, and well-being of children. https://www.childrensdefense.org/wp-content/uploads/2018/08/child-welfare-juvenile.pdf

TAKING CHILDREN AWAY FROM THEIR FAMILIES IS TRAUMATIZING, A FORM OF SYSTEMIC VIOLENCE, AND IT’S BECOMING NORMALIZED!

WE NEED TO SAVE THE CHILDREN NOW!!

Federal payments – our tax dollars – go to states to support the entire foster care and group home system. Payments begin the moment a child is taken with bonuses for “special needs” such as medication, then more bonuses to state agencies for termination of parental rights or adoption of children even if parents are still fighting for custody in Family Court. The most recent estimates are that foster care in America is a $1,000+ billion per year industry. See annual expenditures; https://www.acf.hhs.gov/cb/research-data-technology/statistics-research

Our goal is the preservation of the family through federal legal channels and the power of the people. We seek to stop the systemic government abuse in the national child protection services, foster care and adoption system, and the current secret closed-door child protection court system and instead establish independent privatized oversight with direct authority and accountability.

If the current system were truly honest about helping children, it would have nothing to hide. Caseworkers would be rejoicing and sharing their honest deeds with everyone. They would want the country to know what they were doing really was good and in the best interest of the children. Instead, the government hides behind closed doors, conducting their court proceedings in secret / private hearings across America so that the citizens of this great nation are unaware that Social Services and the Court System are permanently scaring children emotionally by terminating a parent rights to their child forever without a jury trial, in a closed court proceeding, before a single Judge.

Defendants in criminal courts have more rights than parents in Family Court. Children – even nursing newborns — are taken without evidence, warrants, or the ability of parents to face and challenge the accuser in court. Just think about this, a thief will get a jury trial for stealing something as small as pack of chewing gum, but a parent will not get a jury trial when the State takes away their child forever.

Federal TITLE IV-E un-reimbursable Social Security funded payments to States begin when the child is taken into state custody. States can demand child support from parents even while they fight to regain custody. Medicare provides funds for medicating taken children, including with psychotropic drugs.

In the last 20-years, approximately $580 billion of our federal tax dollars have gone to funding government agencies that unethically, illegally and unnecessarily separate hundreds of thousands of children and families every year often without any evidence of abuse or true neglect. For decades the government has shown they are unwilling or incapable of correcting a failed child protection and foster care system; therefore, the current systems need to be abolished and replace immediately.

Furthermore, the government puts the children into a horrible, antiquated, and utterly broken foster care system that promotes disparity and further traumatizes the children. This has been thoroughly documented in numerous independent reports over the course of the last 30 years. Nearly one third of the children in foster care reported being abused by a foster parent or another adult in a foster home. That study didn’t even include cases of foster children abusing each other. What's even worse, statistics suggest bleak futures for children who grow up in foster care, therefore as a society, we are failing our countries children. It’s time to keep all families together and put children and families first.

Federal lawsuits, such as the one we filed in Minnesota could be filed in the remaining states to stop the practices listed above once and for all. We plan to pursue this litigation as far as necessary, even to the U.S. Supreme Court, to stop all of these unconstitutional practices by State and County agencies.  While children need protecting from truly abusive situations that cause them harm, the current system does NOT require this showing of harm to the child before removal from the family home. Because children’s civil rights are being violated daily, the CPS practices need to be fixed immediately!